Wednesday 13th January 2021. Without a doubt this 9th Vendee Globe will go down in the history books. After 66 days of racing, the first six are within a little under 85 miles of each other. A nail-biting situation which is being played out off Rio. Boris Herrmann (Seaexplorer-Yacht Club de Monaco) has left the trials and tribulations of the Southern Ocean behind him to close in on the leaders. He is currently in 6th place.

Everything to play for

In sailing’s collective memory, never has a climb up the Atlantic in the Vendée Globe been so fiercely contested. Now grouped off Rio, the first are battling every mile. It’s proving a tough race off the Brazilian coast where a place on the podium remains the holy grail.

La Rochelle’s Yannick Bestaven (Maître CoQ IV), who led the fleet for nearly a month, was without wind and saw his 450 nautical mile lead nibbled away by Charlie Dalin (Apivia) who took over the reins of the race. The Maître CoQ IV skipper limited the damage with his option to go west of the fleet and is now heading 20° (North-North-East). Weatherwise the route north is not clear, the variable conditions making even a guess at the outcome uncertain.

The pursuing pack are hot on the heels of the leaders. “The race is wide open,” beamed Boris Herrmann (Seaexplorer-Yacht Club de Monaco). Lying 6th at 6.00pm on Wednesday 13th January, he is now 85 miles from the men in the lead, that’s roughly the distance between Monaco and Saint-Tropez. The situation is as unprecedented as it is improbable after more than 23,000 miles of sailing. “I have the opportunity to grab a top spot and that is hugely motivating. It’s fantastic to be this close during the climb back up the Atlantic. There really is everything to play for, for all of us.” 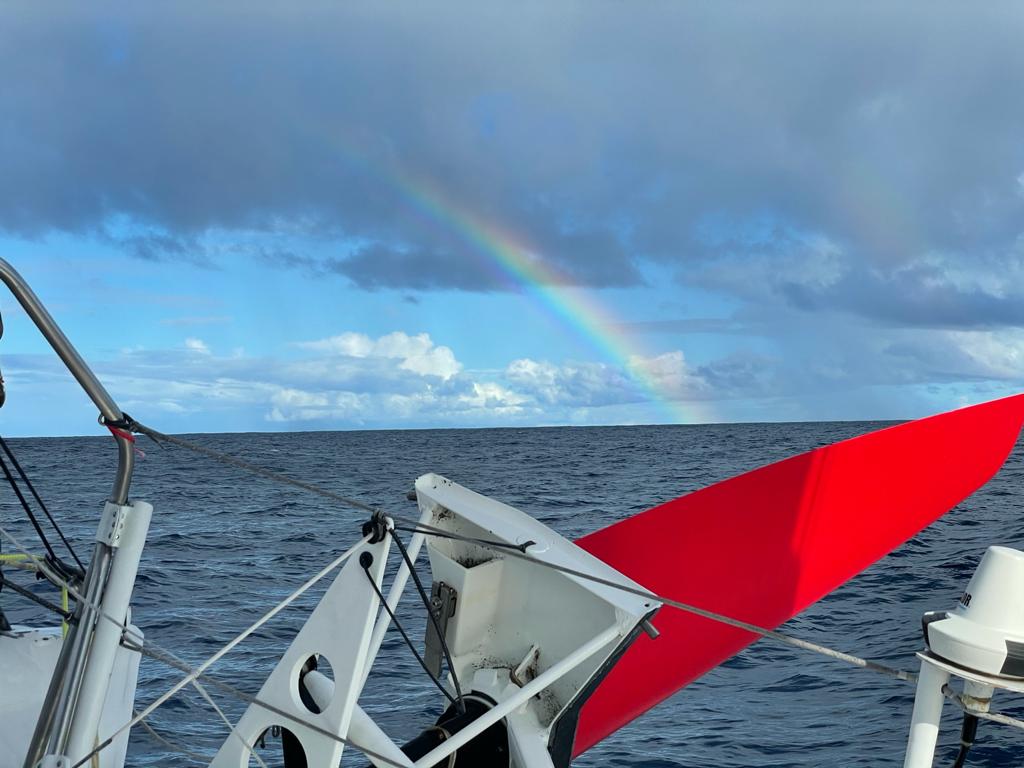 On the home straight

Galvanised by the situation, the German skipper knows he has to stay focused and not lose sight of the fact this Vendée for one is not over until the finish. “You have to stay careful and super attentive. In any case I have confidence in the repair I made to the mainsail. The boat will hold out and I am working it to its maximum potential”.
Winds should stabilise as they approach the Azores. Skippers on foils like Boris are nursing the idea of finally widening the gap with the non-foilers. As they progress north, reaching at high speeds on foils is what the skippers on the “moustached” boats have in mind. Conditions are ripe for a thrilling final push.

“It’s an edition full of paradoxes, in terms of participation in particular but also the presence of different generations of boat, not to mention very few retirements at this point in the race,” explained Michel Desjoyeaux, invited to talk about his experience at the YCM’s weekly Vendée Globe update. The only sailor to win this non-stop solo round the world race without assistance, “The Professor” has a track record to make even the most seasoned racers green. “The lead pack is super tight and will be even more so in the final sprint. But uncertainty remains over the forces present and there’s a big speed differential”.

The 55-year-old also discussed the way sailors approached the race and weather conditions from the start. “Some were a little cautious, others attacked it head on like Jean Le Cam (Yes We Cam) and Alex Thomson (Hugo Boss) who ventured as close as possible to the tropical depression which blew a few days after the start. It should be noted that weather systems in the southern seas were at least three weeks late. It’s true that competitors were dealt a hard hand but that happens in any competition”.