As the 9th Vendée Globe village opened its doors in Les Sables-d’Olonne, the 33 skippers qualified for the IMOCA fleet are set to line up on the start Sunday 8th November. It’s a record number of entries for this non-stop solo round the world race without assistance, held every four years since 1989. Among them is Boris Herrmann, the first German sailor in the event’s history, representing the Yacht Club de Monaco. Today, Boris was “virtually” alongside Yacht Club de Monaco Vice-President Pierre Casiraghi, the man behind Team Malizia, to answer questions at an online press briefing. 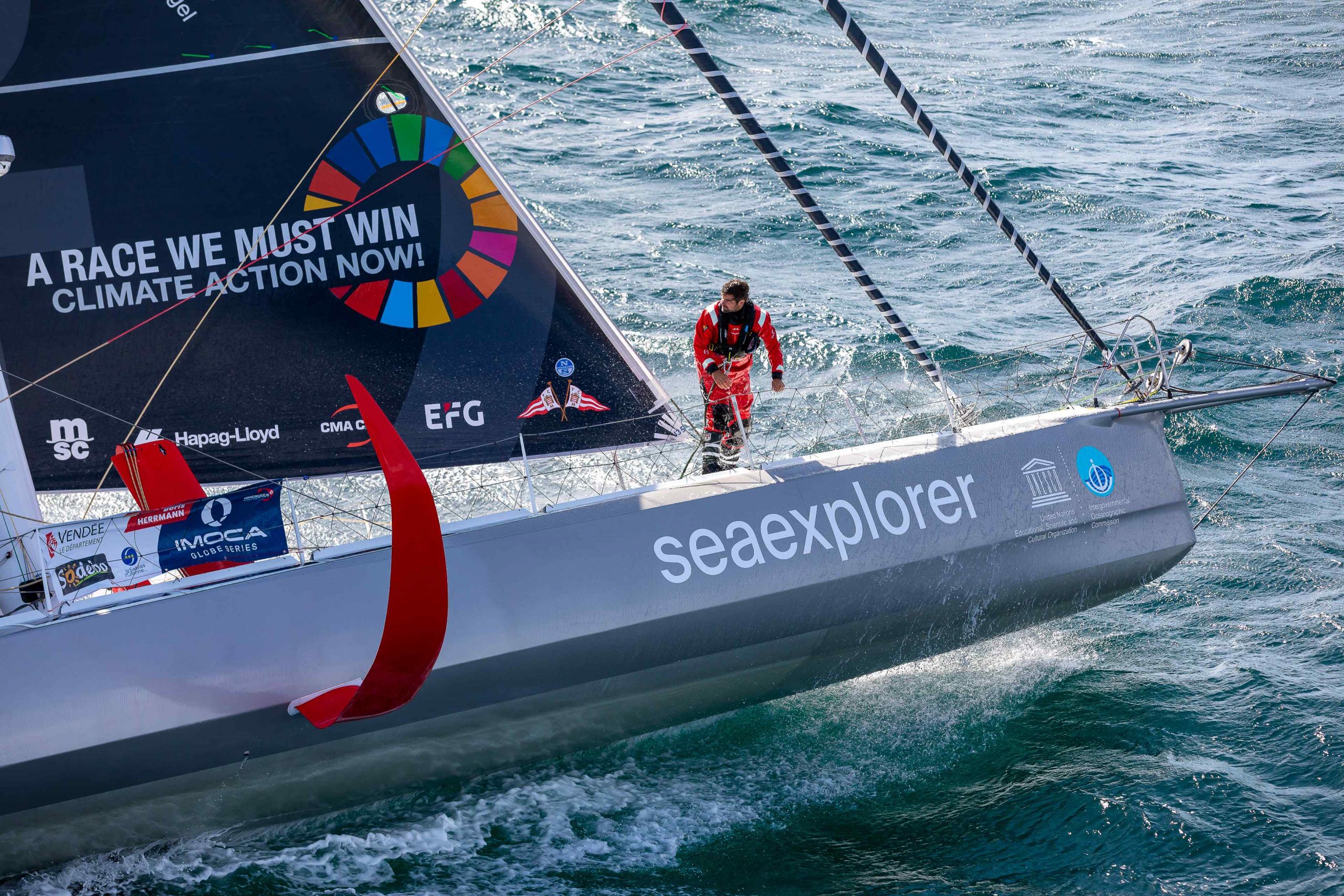 “The Vendée Globe is a dream, the Everest in any ocean racing career,” said Boris Herrmann, 39, who has been criss-crossing the oceans for nearly 20 years.

“I was only six weeks old when my parents took me out to sea along Germany’s coast. I’ve been fascinated by the Vendée Globe since I was 16. Bernard Moitessier, Eric Tabarly – I devoured all the books on these famous extreme sailors, true adventurers, including Bernard Stamm with whom I had the pleasure and privilege to sail with on IDEC SPORT. The Vendée Globe is like a beacon that has been beckoning to me all my life,” adds the man who has circumnavigated the planet three times, but never solo or non-stop.

After cutting his teeth on the Mini Transat, then winning the Global Ocean Race 2008-2009, a double-handed round the world (Class 40), he pulled off a string of good results in the IMOCA class: 3rd in the Fastnet Race 2017 (with Pierre Casiraghi), 4th in the Transat Jacques Vabre 2017 (with Thomas Ruyant) and 5th in the Route du Rhum 2018.

The dream has become a reality thanks to the impetus given by Pierre Casiraghi who founded Team Malizia in 2016: “Competing in the Vendée Globe was the highest goal we could set ourselves. It seemed totally crazy, unattainable… but Team Malizia has done a fantastic job. It is so satisfying to have maintained this level of commitment, to be ready for the start with a boat flying the Yacht Club de Monaco flag and representing the Principality of Monaco,” said the man who “would not miss the start from Les Sables-d’Olonne for anything in the world” to support his friend. 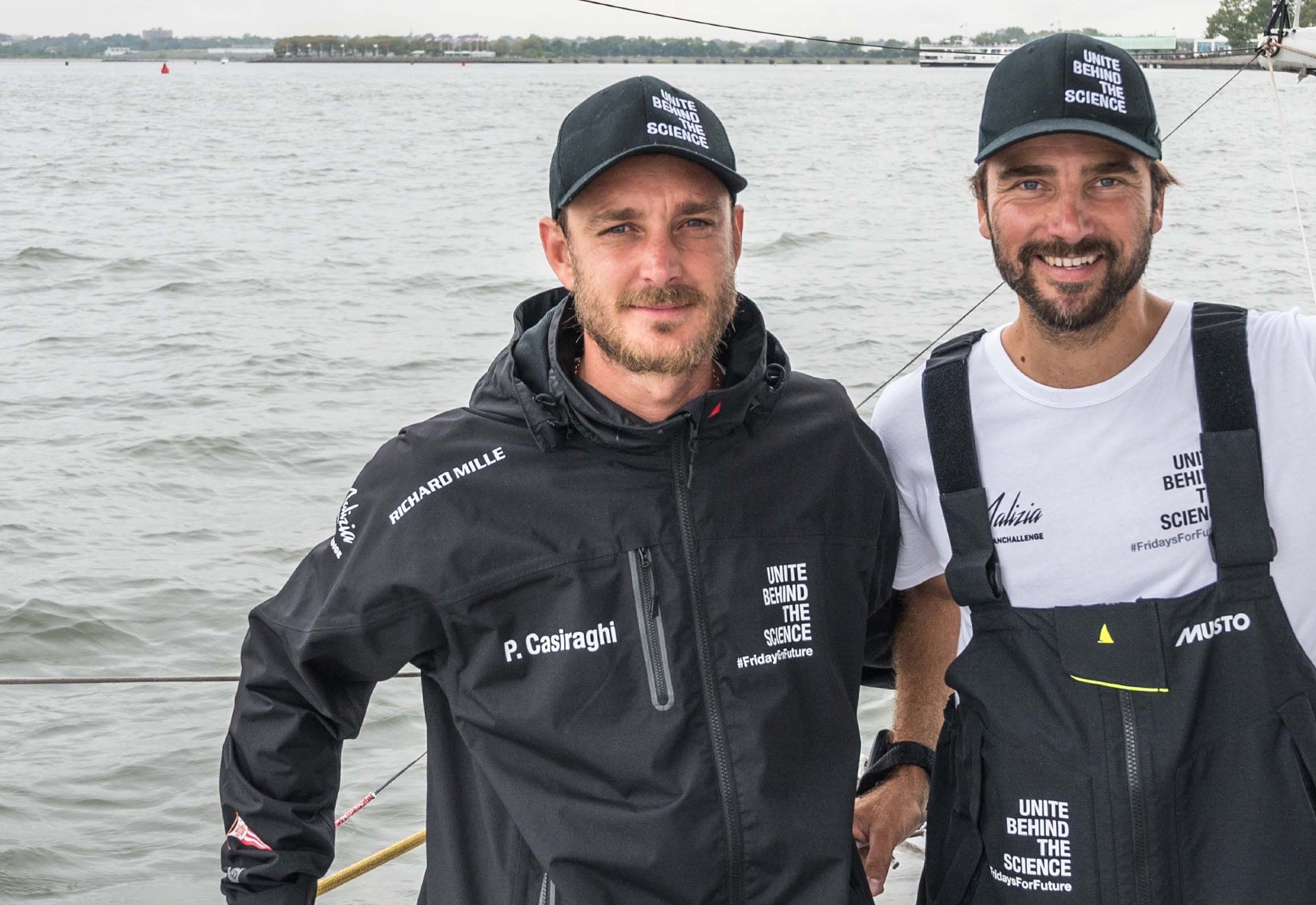 Boris Herrmann takes the start of his first Vendée Globe on Seaexplorer-Yacht Club de Monaco, the former VPLP-Verdie design Gitana. He has learned to tame the 18m one design, equipped with the latest generation foils, having covered the most miles (55,000 nautical miles, equivalent to nine transats) in the qualifying run-up to the race.

“It’s a very quick reliable boat, but equally important is that it’s fitted with solar panels and hydroelectric generators to avoid use of fossil fuels,” says Boris who is “feeling fit, well prepared and somewhat relieved to be heading out to sea.”

Even though he is aware “that anything can happen during the Vendée Globe… The race has been in existence for 30 years and one mustn’t underestimate the saying “finish the race” in race conditions. During the last nine editions, of the 116 skippers who lined up on the start only 67 finished, ” Boris hopes to come in the top ten of the fleet. It would be a good result given the high level against serious contenders like Jérémie Beyou (Charal), Charlie Dalin (Apivia) and Thomas Ruyant (LinkedOut), not to mention the big favourite, British sailor Alex Thomson (Hugo Boss).

The 2020 Vendée Globe is set to be a record-breaker as introduction of the latest generation of foils has revolutionised sailing. One record is not up for grabs and that’s Michel Desjoyeaux’s as the only sailor to have won this legendary offshore classic twice, as none of the contestants in this edition have won it yet. 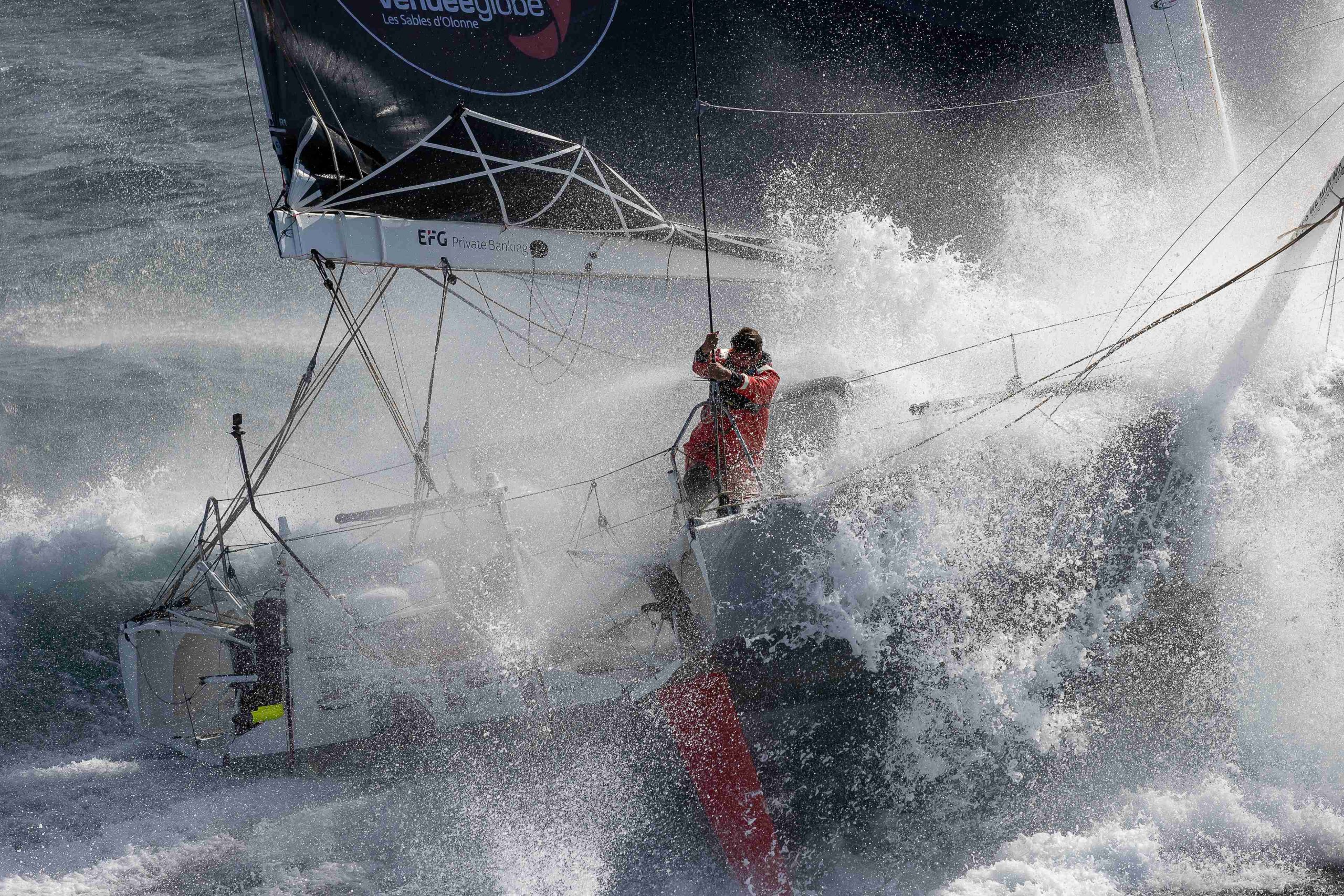 Collecting data for the fight against global warming

As someone who loves the sea and marine environment with a passion, and is a member of UNESCO’s Intergovernmental Oceanographic Commission, Boris puts protection of the ocean at the heart of every race. It is a commitment he shares with Pierre Casiraghi, co-founder of the Malizia Ocean Challenge project combining sailing, science and education.

With a fully automated laboratory aboard for measuring oceanographic data, including sea temperatures, salinity, pH and CO2, Boris will be taking samples from waters in the remotest regions and transmitting data to scientists working on the Max Planck programmes in Hamburg, GEOMAR, Kiel and IFREMER in Brest.

“Beyond the sporting aspect, Team Malizia has a ‘philosophy of the sea’ when it comes to our commitment to the environment, something I have always been acutely aware of. It matters a lot to me. It is vital we raise people’s awareness as much as possible, particularly children who are our future,” says Pierre Casiraghi who wanted Team Malizia to launch an educational programme, available in seven languages on the Team’s websites, to involve children from all over the world in climate change issues and the ocean, with support from the Prince Albert II of Monaco Foundation and Kuehne + Nagel. Note that there will be a conference online just for children. hosted by Boris on 4th November 2020 at 11.00am.

Rendezvous Sunday 8th November at 1.00pm for the start.