Tuesday 19th January 2021. With 2,800 nautical miles to go, an estimated nine days sail away to cross the finish in Les Sables-d’Olonne, Boris Herrmann (Seaexplorer-Yacht Club de Monaco) is still in the seven-strong pack leading the Vendée Globe fleet, less than 175nm from the leader.

“For me, it’s time to end this Vendée Globe. I’m tired! Crossing the Doldrums was gruelling. We don’t do this event for the pleasure but the challenge. The conditions are stressful,” admitted the German skipper at his online session this morning.

A few hours later, Boris Herrmann was surprised and delighted to have a chat with YCM President HSH Prince Albert II and Pierre Casiraghi, the man behind this project, at the live N°73 Vendée Globe, to which the YCM Vice-President was invited. “It’s just fantastic. We are so proud of you here at the Yacht Club de Monaco. I am counting the days till you arrive. I can’t even say at this point just how happy I am. We are 150% behind Boris and hope conditions remain favourable all the way to Les Sables-d’Olonne.” said the Monegasque Sovereign.

Pierre Casiraghi added: “Boris has had a superb race. The conditions were tough. I am up at night sometimes to follow the race. I am in contact with him as much as possible”. 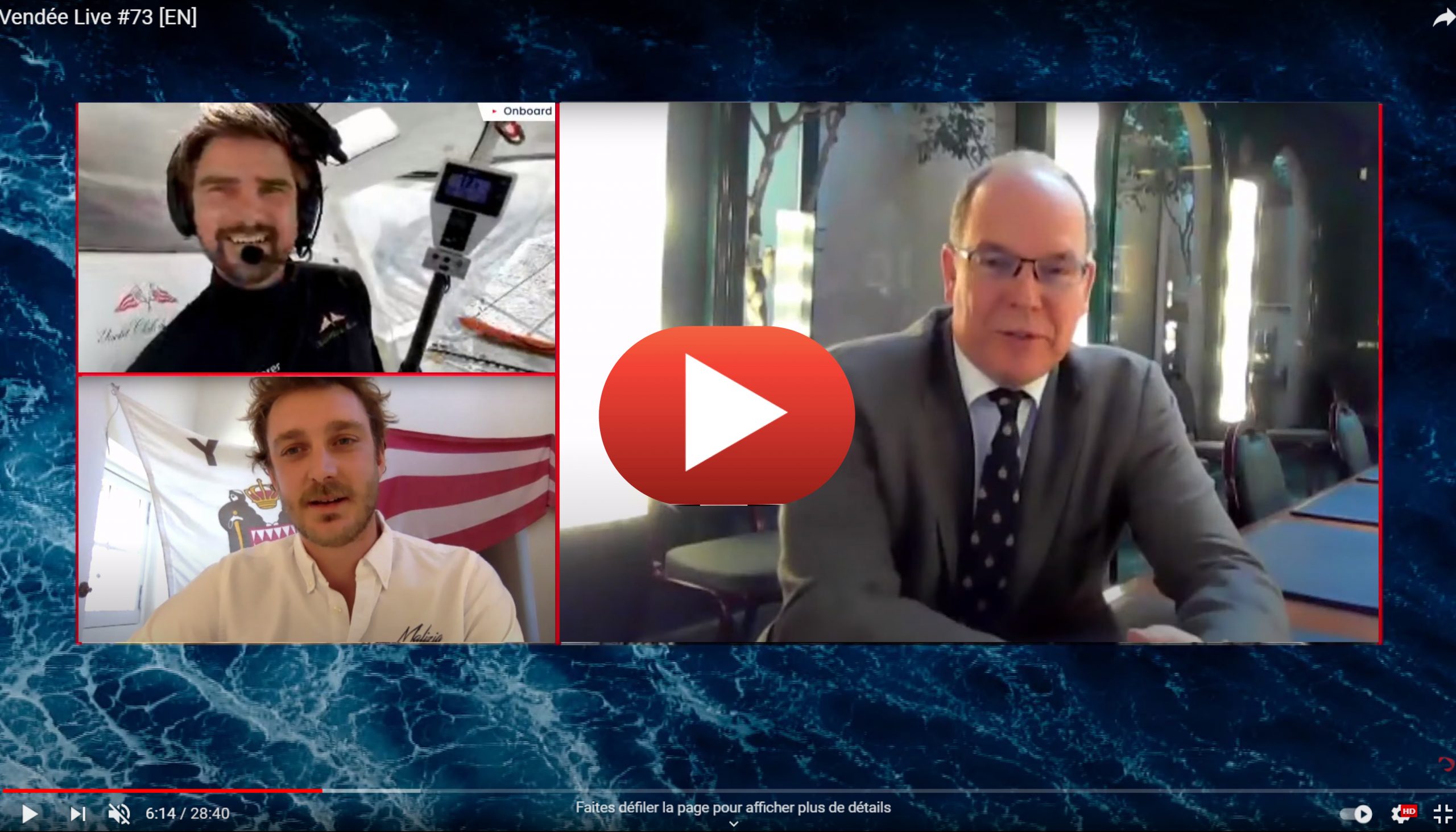 Chess on a massive scale

The suspense is nail-biting with just a few days to go. Never have Vendée Globe competitors created such tension in this 24,296 nautical mile solo, round the world race without assistance. One time 3rd in this event, Boris Herrmann on Seaexplorer-Yacht Club de Monaco, continues his route to Les Sables-d’Olonne.

After 72 days of racing, he knows everything is up for grabs: “We’re going to refine the routing for the next bit as there are still two cold fronts and a couple of depressions ahead. It remains wide open. A lot of downwind gybes are on the programme. I will remain focused as with the big foils, you have to be careful, respect the balance between speed and keeping the boat in good condition. At the moment I’m sailing at 20 knots,” explained Boris.

The forecast looks challenging, and it is critical to take care of boat and sailor to reach that finish line in one piece: “It’s a demanding boat so I have to take care of her but also me. I am trying to eat regularly, sleep whenever I have the chance so I constantly have enough energy and am ready for the final sprint.”

It is a race within a race where all choices are weighing in the balance. The leading pack are now reaching in a north-easterly trade wind. Boris Herrmann (Seaexplorer-Yacht Club de Monaco) and Louis Burton (Bureau Vallée 2) have opted to go more west. While this route is longer than that taken by the rest of the pack, the two can go faster. The next few days will tell if the choice paid off.

Tomorrow Wednesday 20th January at 5.00pm, Armel Le Cléac’h, winner of the last Vendée Globe and record holder (74 days 3 hours 35 minutes 46 seconds) will be guest of honour at this weekly update held at the YCM.