Tuesday 5th January 2021. Led by Yannick Bestaven (Maître CoQ IV), current leader of this thrilling race, the top group has left the erratic conditions of the Roaring Forties behind them, after taking the Drake Passage so emblematic of Cape Horn at the tip on the Chilean side of the Tierra del Fuego archipelago.

The Maître CoQ IV skipper led the way followed by ten competitors, the bit between their teeth as they strove to keep up the pace, including Charlie Dalin (Apivia). The Vendée first-timer officially became a “Cape Horner” early Sunday morning, followed by Thomas Ruyant (LinkedOut) and Damien Seguin (Groupe Apicil) in a battle for 3rd place. They were followed by a tightly packed group that included Boris Herrmann (Seaexplorer-Yacht Club de Monaco). 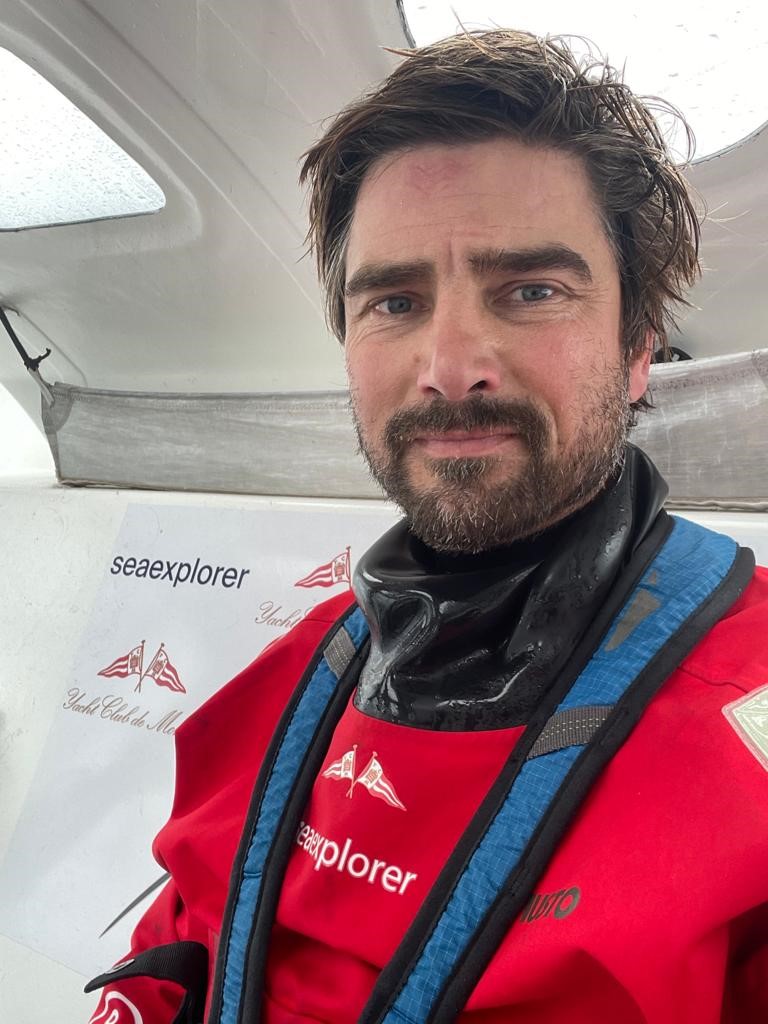 It was in 10th position, at 03.27 (French time) this Tuesday 5th January, that Boris made his fifth, but first solo, passage of the Horn. In gale force 35 pushing 40 knot winds it was a challenging passage, with the added complication of having to repair a tear in his main sail.

As he explains: “Every passage is different, and this was very intense physically as well as mentally. In big seas, I was able to start the repair but had to wait for the glued patches to dry before stitching. I had to reroute a little to the south to do the repair. The wait was very frustrating and rather spoiled the long-awaited moment of passing the Horn, even though the emotion was there. But the ordeal has made me more determined than ever to catch up. I’m happy to have the Pacific behind me.”

It is a hugely symbolic stage for competitors who at this point have completed two-thirds of this solo round the world race without assistance. This edition marks another milestone as it is the first time so many competitors have passed Cape Horn in such a short time: nine in just over 24 hours.

But the South has put the whole fleet to the test, both at the head and rear of the pack. Although hardened and used to bad weather they will long remember the appalling conditions encountered deep in the Southern Ocean, with wild seas coming at them from all directions.

Cape Horn lives up to its reputation

“It’s a cape, it’s a rock, it’s a peninsular…”  and above all a challenge. Rounding Cape Horn is no mean feat. The 425m high cliff at the southernmost tip of South America is often synonymous with hellish conditions. It is also the first time since the start that sailors on this epic race have a chance of seeing land after more than a month and a half of racing. For many, rounding it is like a deliverance, although there is still everything to play for.

Courage combined with flair and intuition are key as the miles separating boats from Cape Horn have been hectic, with strong bitingly cold winds and heavy seas adding a dramatic touch to the scene.

The first two tasted for the umpteenth time gale force winds gusting up to 60 knots. Thomas Ruyant (LinkedOut) and Damien Seguin (Groupe Apicil) also faced unstable 20-30 knot conditions. Behind them a group led by Benjamin Dutreux (OMIA-Water Family) were making average speeds of 15/18 knots in a northwesterly flow to pass south of the last great Cape on this round the world.

The ultimate goal for skippers is to reach this stage with their boat intact and no serious damage, like Boris Herrmann on Seaexplorer-Yacht Club de Monaco. The German skipper’s strategy has been to be sparing with his boat. “Since the start, I have chosen sometimes to put on the brakes to preserve it and avoid breakages”. A tactic that is paying off as he tackles the last part of the race on a boat ready to deploy the full potential of its foils.

Boris will now begin his climb up the Atlantic towards Les Sables-d’Olonne where he started on 8th November 2020.  His next difficult decision is whether to go through the calmer waters of Le Maire Strait (between Patagonia and Staten Island) or head off for the open ocean, leaving the Falkland Islands to port. The next move here will determine strategy to deal with the complicated weather systems off Argentina that are very active.

Yacht Club de Monaco is holding its first Vendée Globe update for 2021 on Wednesday 6th January in the Meeting Room, during which Boris Herrmann will be checking in to talk about his race and the last few days. Virtual Regatta creator Philippe Guigné will also be on hand for a behind the scenes update on the game which has attracted a million players to the Vendée Globe game.