Thursday 19th November 2020 – The North Atlantic is finally behind them. A week and a half after the start, the majority of Vendée Globe competitors have crossed the equator without a hitch. Heading down in the Southern Hemisphere, a battle rages between the first ten where we find Boris Herrmann who at this evening’s update was lying 7 th (6.00pm French time). On Monaco’s National Day today, the skipper on Seaexplorer-Yacht Club de Monaco, who has just crossed the equator, had a special message for everyone back in his home port

From the mid-Atlantic to Monaco

Today’s programme may have been curtailed due to the health crisis but, as tradition dictates on 19th November’s National Day, balconies all over the city are flying the country’s red and white flag. This year it is also flying in the south Atlantic aboard Seaexplorer-Yacht Club de Monaco, the first IMOCA to officially represent Monaco in the Vendée Globe. “I would like to wish the Sovereign, HSH Prince Albert II, and my dear friend Pierre Casiraghi without whom I would not be living this incredible adventure, a wonderful day, and to all the Monegasques and residents of the Principality,” said the skipper. “I am very proud to be sailing under the Monaco flag.”

No two days are alike in this 9 th Vendée Globe currently led by Alex Thomson (Hugo Boss), followed by Thomas Ruyant (LinkedOut). Jean Le Cam (Yes We Cam), until now 3rd in the provisional ranking, has been overtaken by Charlie Dalin (Apivia). A few nautical miles behind, a fairly tight-packed peloton continues their race.

“I’m battling with Samantha Davies (Initiatives-Cœur), I can see her not that far away, under the clouds,” said Boris Herrmann (Seaexplorer-Yacht Club de Monaco) yesterday evening in a message to members and young sailors in the Sports Section, all fervent supporters. “We worked hard today, as gusts in the Doldrums could be up to 30 knots while the average wind speed was 13”. This no man’s land of unpredictable weather lived up to its reputation and required total concentration from the sailor. 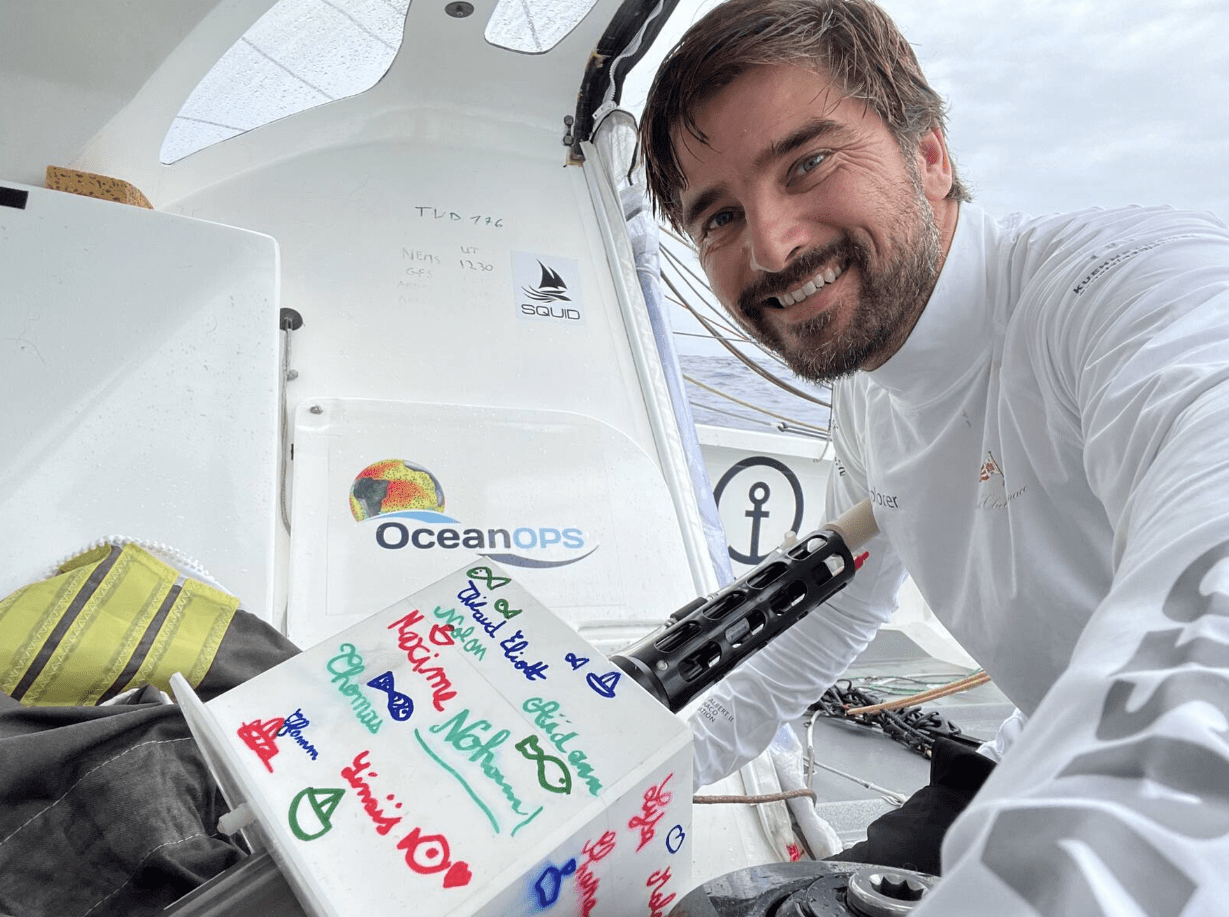 In the name of science

Yesterday, the tenth day of racing, Boris deployed an Argos scientific data collection system beacon, transmitted by Ocean OPS, and which will be activated today and could be transmitting data live that will be available on the following website: https://www.ocean-ops.org/board/wa/Platform?ref=6903044

As Boris Herrmann is not only an experienced sailor but also committed to the environment, he is a member of UNESCO’s Intergovernmental Oceanic Commission and was keen to gather data on this round the world towards a better understanding of climate change. It’s a first. To carry out his mission, he relies on an a fully automated laboratory onboard which is analysing samples 24/7 and transmitting them to scientists at the Max-Planck Institute in Hamburg, GEOMAR in Kiel and IFREMER in Brest.

“It is great to be able to contribute in this way to ocean science. The partnership with UNESCO’s Intergovernmental Oceanographic Commission is a great one and I am happy that the IMOCA class is also behind this. It is also near the start of the United Nations Decade of Ocean Science for Sustainable Development (2021-2030) and I am proud to be able to be a part of this important  mission. It is really paramount for us to use our platform to help scientists to better understand climate change and our Ocean. The float will drift around for many years and will send data directly back to our scientists. It measures temperature, salinity and pressure data from the top 2,000m of the ocean and it automatically sends this back home.”

The beacon is covered in signatures of children who are avidly following the German skipper’s progress. “The beacon will be watched by scientists but also by children,” said the sailor with a smile as he lowered it overboard.

Boris Herrmann is like that. A jack of all trades who keeps one eye on the horizon, the other on the chart table and an open mind to causes that match his beliefs. The name Seaexplorer is a reference to an initiative led by Kuehne + Nagel who have set up a digital platform to measure the impact of CO2 emissions in shipping and enable its clients to make more eco-responsible choices in terms of transport.

Reducing emissions is on everyone’s lips, including the luxury yacht sector that is determined to change the face of its industry. Led by the Yacht Club de Monaco, the Superyacht Eco Association (SEA) Index is a benchmark to measure the environmental impact of 40+m yachts.