Tuesday 17th November 2020 – The first week of racing in this 9th Vendée Globe was an eventful one for the 33 sailors who faced three depressions including tropical storm Theta. The fleet led by Alex Thomson (Hugo Boss) now stretches across 1,500 nautical miles (nm). The first are progressing well in a north-easterly trade wind, with speeds that would delight any sailor. They should cross the equator during the day on Wednesday. 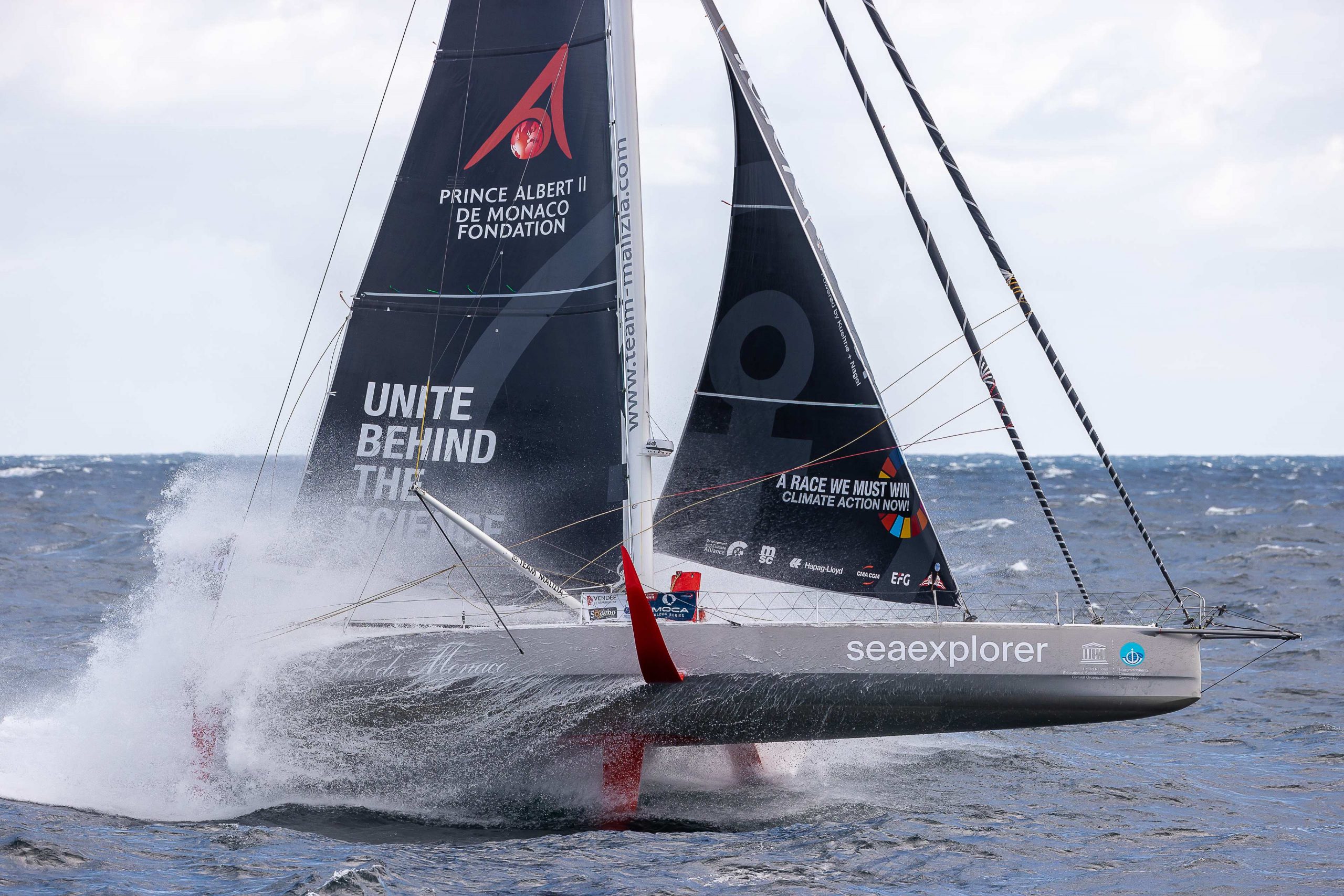 A southerly feel to it

With an air and water temperature of 27°C, and 15-knot trade winds, it smells of the South which is balm to the soul: “I feel great. I have found my rhythm over these last two days and got rid of the stress of the start. I’m ready to attack the Doldrums this evening,” confided Boris Herrmann (Seaexplorer-Yacht Club de Monaco) this morning when sailing off Guinea-Bissau.

Some 300nm from the leader and lying 7th as of 3.00pm (French time), the German sailor has reason to be optimistic. “I’m very happy with this position, to be in the top ten, in contact with some highly experienced sailors who are on boats that are not from the latest generation.  There’s a race within the race when you look at the first three who are a cut above, and then us. But anything is possible.”

Next stage for the 39-year-old is the Doldrums, the Intertropical Convergence Zone that stretches from the tip of Brazil to the African coast over several hundred kilometres north to south. Air flows from the two hemispheres meet here and often give sailors a hard time as conditions are unstable. “It doesn’t look too bad this year. For the moment, I am positioning myself on the right side and the idea is to head directly south, making the boat go as fast as possible,” said Boris.

At the top, the game of musical chairs continues. Welshman Alex Thomson (Hugo Boss) retains his lead with the luxury of a widening gap, the real battle being in his wake. Jean Le Cam (Yes We Cam), “King Jean” to his sailor friends, was knocked off his 2nd place by Thomas Ruyant  (LinkedOut). Sailing a boat without foils, the doyen of the fleet has nevertheless surprised everyone by remaining in the top three. 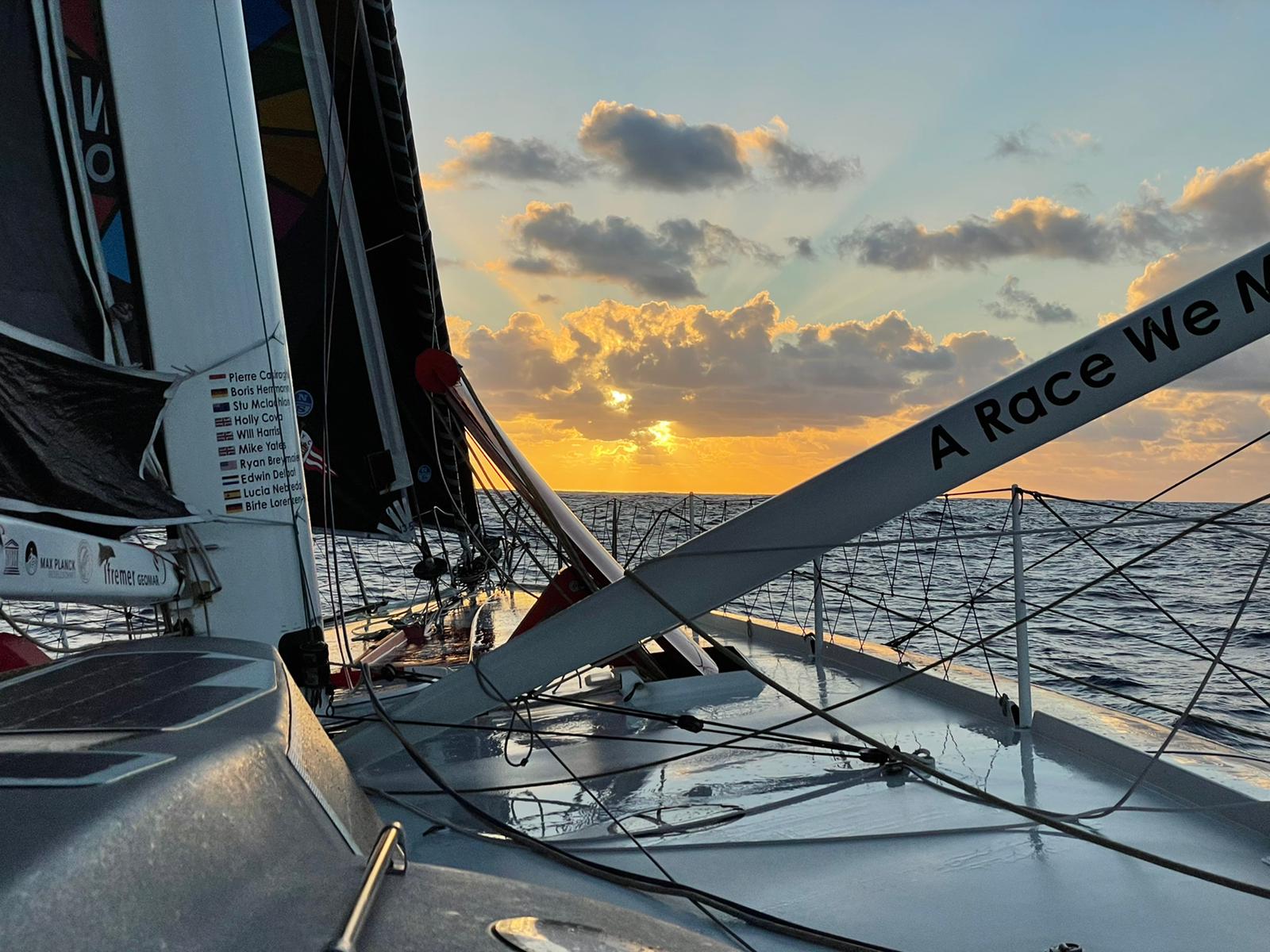 Every Vendée Globe is different. This vintage 9th is unprecedented in many ways, notably with the record number of participants: 33 boats on the start including six women. And as everyone knows, the solo, non-stop without assistance Vendée Globe always defies predictions. Breakages can happen to anyone, as favourite Jérémie Beyou (Charal) learned to his cost, forced to return to Les Sables-d’Olonne just four days into the race due to damage to his rudder. Nicolas Troussel (Corum l’Epargne) was in 4th when his mast gave way, while Maxime Sorel (V&B Mayenne) hit an unidentified object in the water during Sunday-Monday night.

That’s what happens in the Vendée Globe which can turn dreams into reality or shatter them even before passing Cape Verde.

It affects all the competitors: “It’s very hard, it breaks your heart to see that. All the skippers send messages on WhatsApp when they hear bad news,”  explains Boris Herrmann (Seaexplorer-Yacht Club de Monaco). “We know only too well the preparation, commitment and investment that goes into the Vendée Globe. On the other hand, when I see that Jérémie has had the courage to start again, for me it’s a strong signal, a symbol of exceptional resilience.” 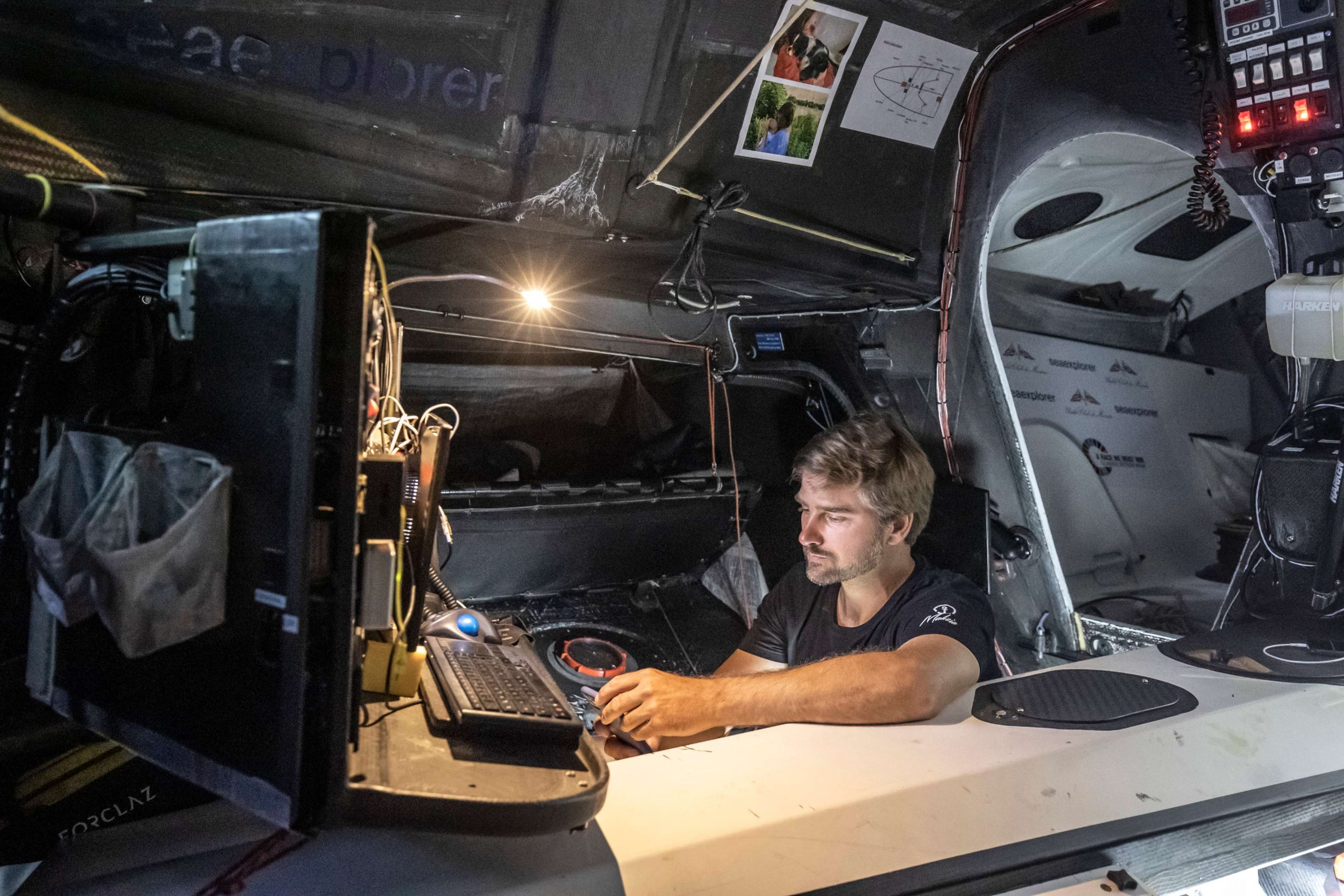 Day in day out for the environment

Skippered by a man passionate about the environment, Seaexplorer-Yacht Club de Monaco stands out because of the laboratory onboard that is operating 24/7, analysing and transmitting data from samples for science programmes at the Max-Planck Institute in Hamburg, GEOMAR in Kiel and IFREMER in Brest. For Boris Herrmann, it’s a very important mission: “The good thing is that it’s fully automated. Once a day I look to make sure the settings are working well. I also sample a little water once a week to calibrate the salinity. Today or tomorrow I will deploy an Argos float that can dive and remain in the sea for five years”. This device measures the temperature and salinity of the water from the surface down to a depth of 2,000m to help scientists around the world understand more about climate change and its impact on the ocean. A change that Boris has witnessed since the start: “There is a carpet of Sargassum seaweed on the sea which makes it impossible to use my hydro-generators. I’ve never seen that before.”

Vendée Globe in the Principality

With an IMOCA officially representing Monaco, the Yacht Club de Monaco is determined not to miss out on the adventure. Every Wednesday at 5.00pm, the Club organises a Vendée Globe update, attended by experts like router-meteorologist Christian Dumard who will speak tomorrow. Meteorology maps, the fleet’s position, weather systems encountered, life on board, and of course how Boris Herrmann (Seaexplorer-Yacht Club de Monaco) is doing, are all on the programme.  A privileged moment that is much appreciated by members and sailors in the Sports Section, particularly those competing in the Virtual Regatta of the race.

The YCM also has a competition running called “Who will win the Vendée Globe?” and open to everyone. Predictions have to be in before 20th November 2020 using the form (www.ycm.org).